Posté le 12 December 2017 1843 0 0
It Might be Wondered how Tiger Woods has become one of the most iconic personalities in golf! We will quickly return to the career of the so-called “Tiger”

Eldrick Tont Woods was born on December 30, 1975 in California. He is considered by many Golfers as one of the greatest golfers that golf courses have ever worn. His father is a former veteran of Vietnam.

He quickly nicknamed him Tiger in tribute to one of his friends who had fought alongside him. His father, Earl Woods, introduced him very quickly to the Golf. Indeed, his father had a handicap of 3.

Therefore, the young tiger could count on a quick and effective learning of swing fundamentals.

It is at 3 years that his notoriety is launched in the emission of Mike Douglas. Indeed, he is applauded by the actor Bob Hope to present his first swing live on television. 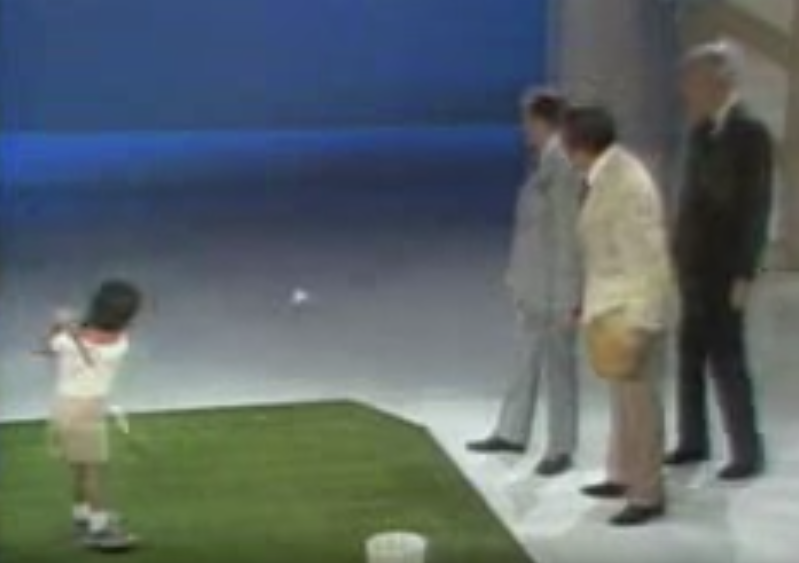 This sudden mediatization was due to a feat already noticed by his Dad. Indeed, at the age of 2, Tiger realized on a Par 9 (thus 36 shots) a score of 48. His first victory, it was for these 3 years. His father enrolled him in a competition of less than 10 years on a Pitch and Putt. Tiger left with his first trophy..

His first coach Rudy Duran, did not expect that this little guy, would become this exceptional champion.

At age 5 Tiger, sitting on the lap of Fran Tarkenton, was the guest on the show “That’s Incredible”. 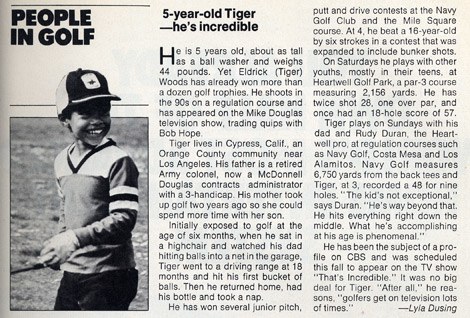 Then, it is the sequence of achievements of the little prodigy. Indeed, he won the Junior World Championship 6 times and at 9, he made his first card below 80 shots. At 12 years old he is “scratch”! and even pushes up to 70 shots.

The Tiger boosts the economy of the Golf. We talk about the “Tiger Effect”, because its presence at tournaments becomes indispensable for the sponsors and the media.

He continued his momentum and won 3 other tournaments the same year and became world number one.

With nearly $ 1 billion raised, Tiger Woods was for a long time the sportsman who made the most money in his career.

He is back on the tour this year after more than a year of convalescence due to back problems and today is the beginning of the Hero World Challenge.

Therefore, we can conclude that Tiger Woods is ready to meet the best players on the circuit.

Dustin Johnson, Rickie Fowler or Justin Thomas will be on hand to collect the $ 3.5 million endowment.

Do not forget to subscribe to participate at the START-UP GOLF CHALLENGE 2018 throw this link ici.